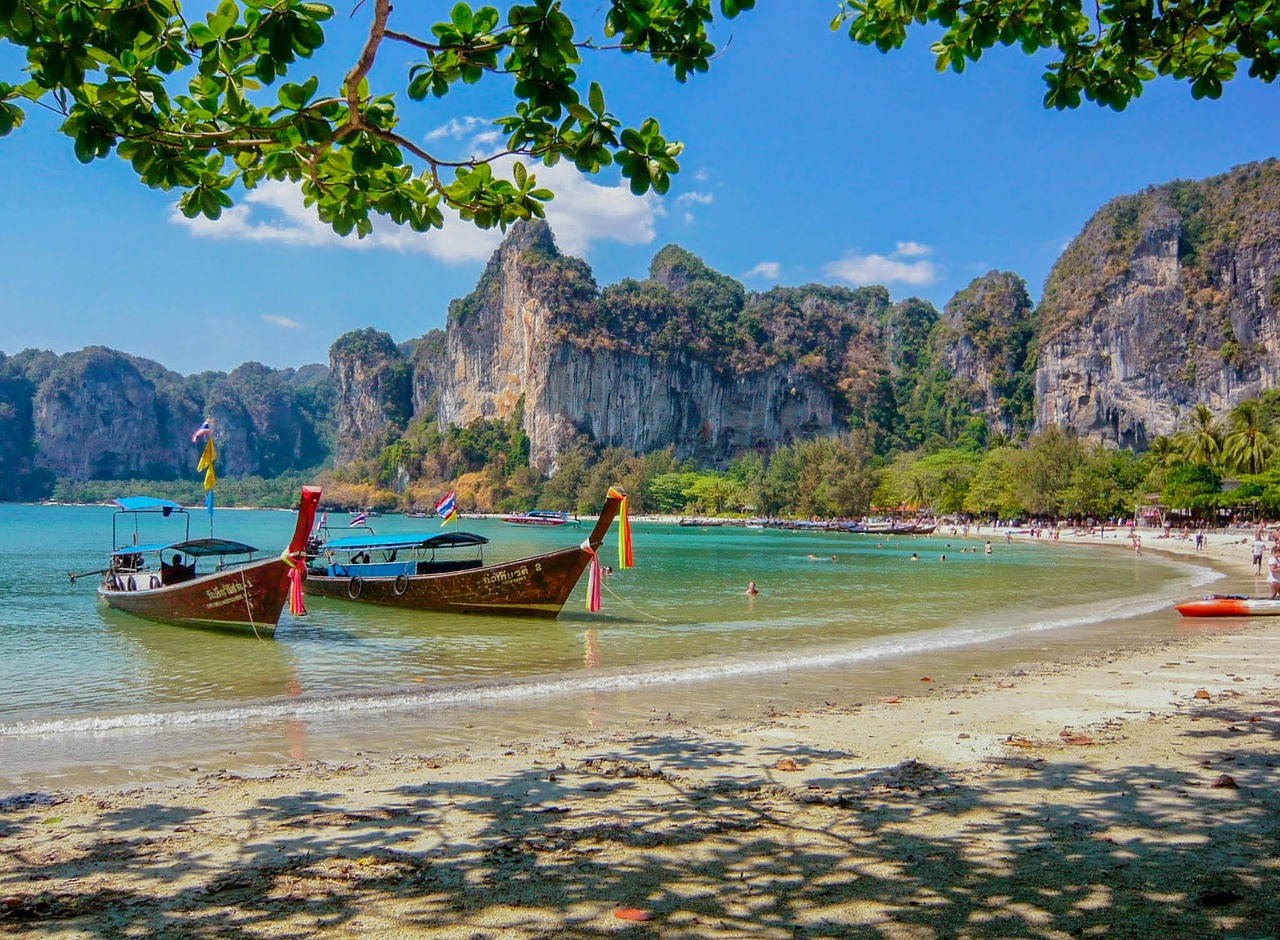 Thailand is one of Southeast Asia’s most popular tourism destinations. There are a many unique places to visit in Thailand from beautiful islands and beaches, archaeological sites and temples, national parks, as well as high-class shopping malls.

10 Tourist Places to Visit in Thailand 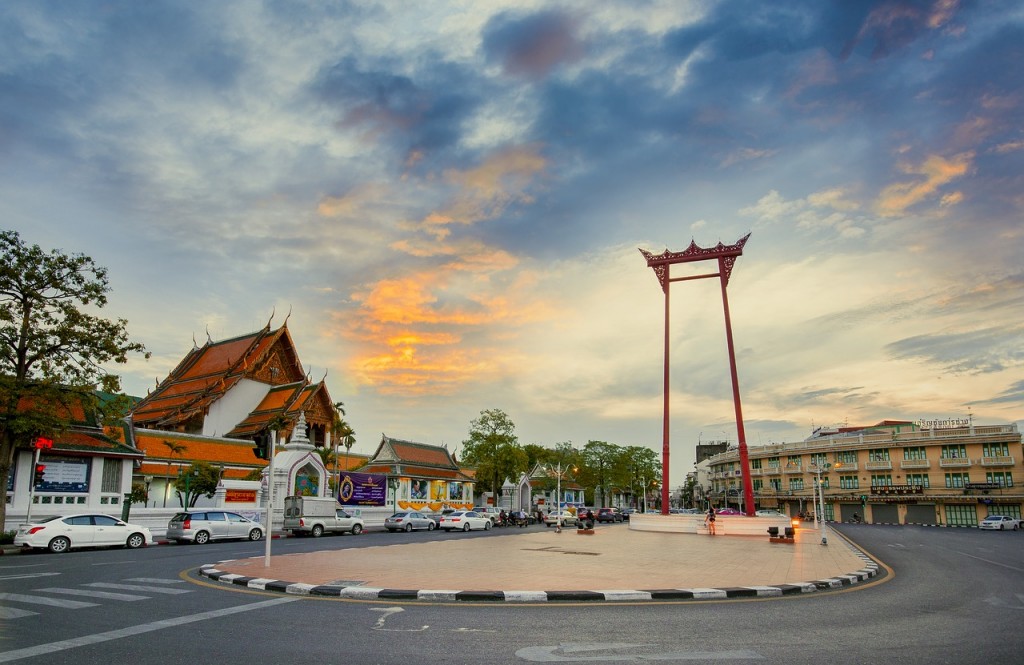 Bangkok, simply known as Krung Thep, is a capital city of Thailand for more than 200 years. The city has been the center of monarchy, culture, Buddhism and commerce after the fall of Ayuttaya kingdom until today. Bangkok is one of the most visited cities in the world for many years. It is very easy to see Bangkok. You can see lots of temples such as Wat po, Wat Arun. The Grand Palace is a must. Or you can enjoy luxury shopping at Siam Paragon, one of the most hastagged places on Instagram or do a cheap shopping at Chatuchak Weekend Market. The transportation is very convenient in Bangkok. 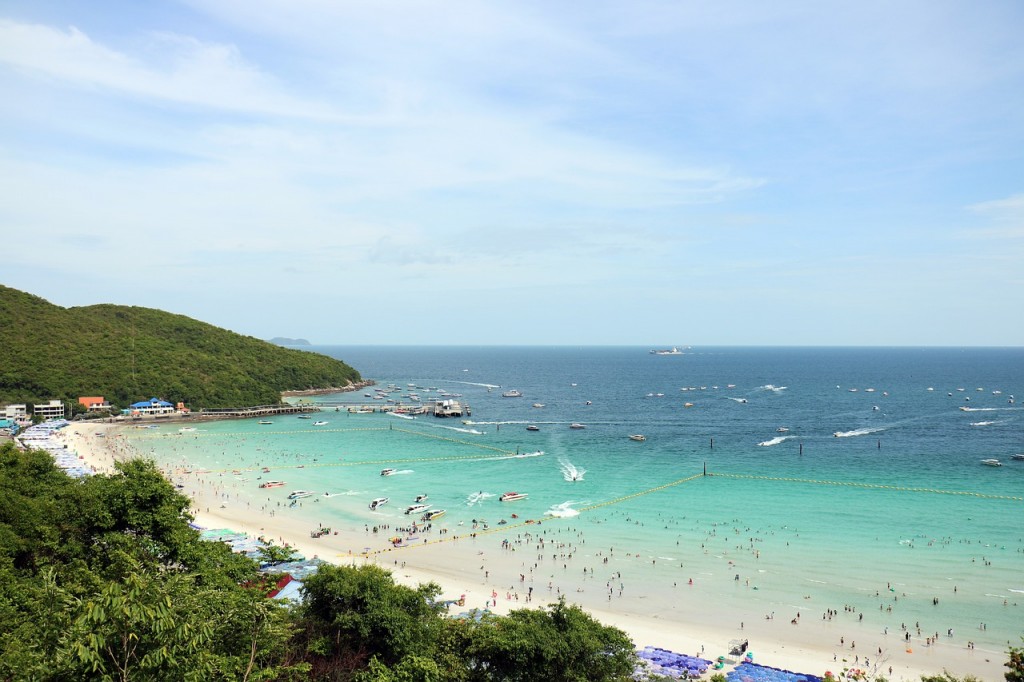 From a small fishing village to the most famous and vivid city in eastern of Thailand, Pattaya is another destination you should not miss to visit in Thailand. Located in Chonburi province, renowned for beaches, Pattaya is the best for beaches and summer activities and nightlife such as Jomtien Beach, Pai Island or Koh Pai and Pattaya Walking Street.  There are also another places for family such as a gigantic wooden construction – Sanctuary of Truth, Sriracha Tiger Zoo or Pattaya Floating Market. 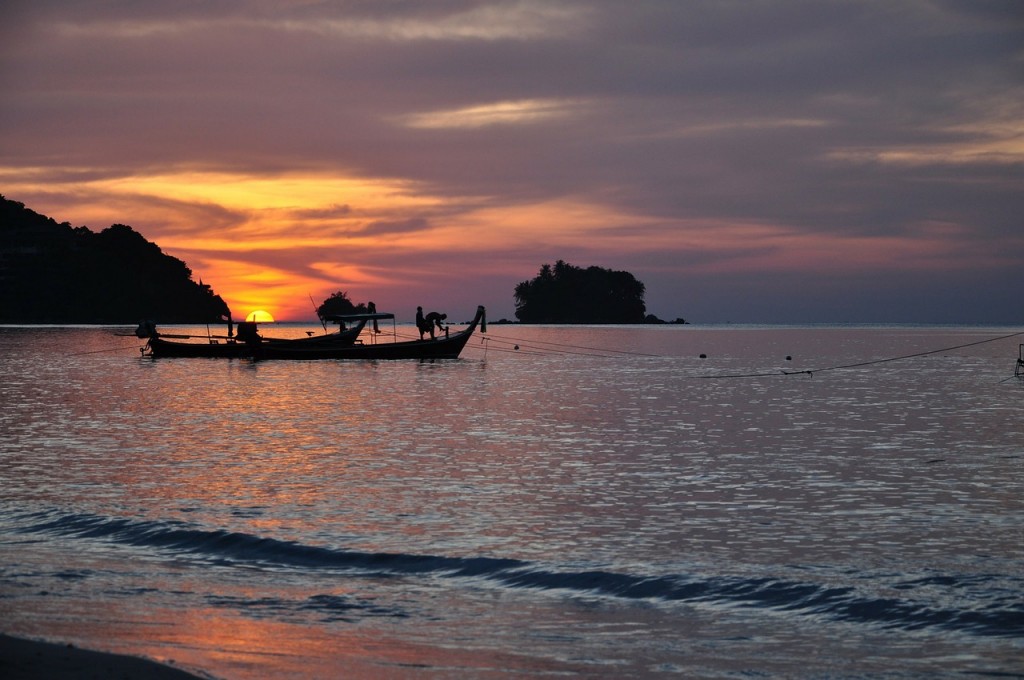 Thailand’s biggest island with numerous amazing beaches, Phuket has been a paradise for visitors for many years. This is the only province in Thailand that is an island. It is located in the Andaman Sea, south of Thailand, with mountainous and rainforest landscape.The most famous beach on Phuket is Patong Beach. Apart from its nature, Phuket has many classic and stylish architectures and unique culture as it used to be a center of commerce in many period of Thai history. People from India, Middle East, China and Europe came here for business. You can experience a lot of Chinese culture and food and walking in the city to see the building in Chino-Portuguese style. 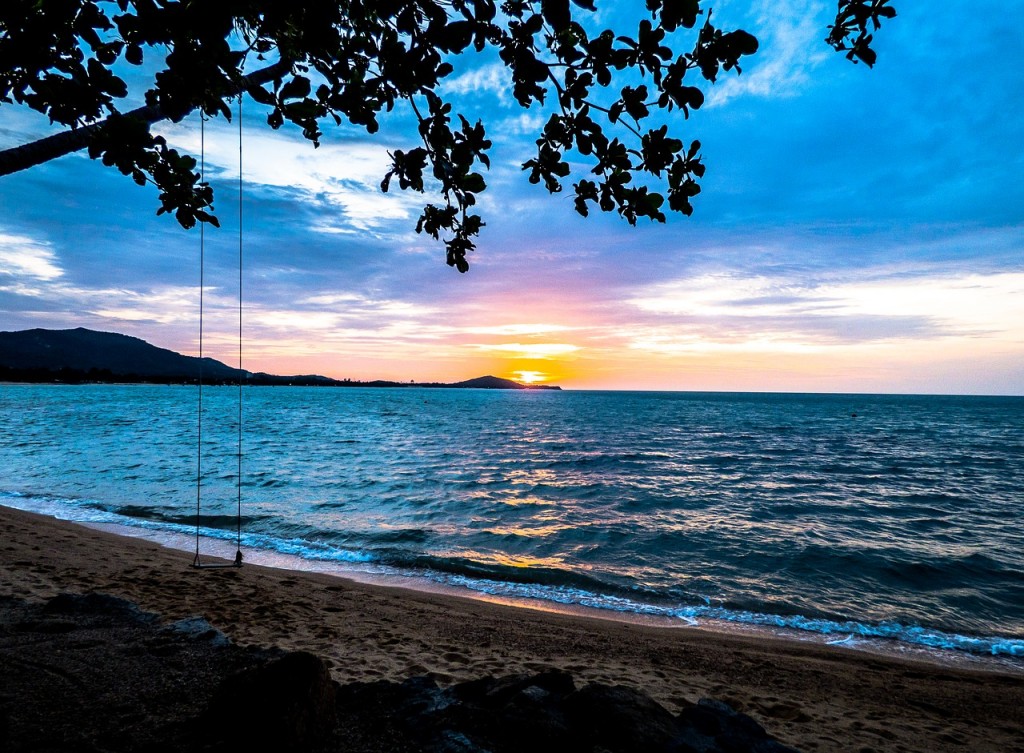 Situated in the gulf of Thailand, Koh Samui once was an island full of coconut trees. It is one of Surat Thani’s cities. Today, Samui is very famous for its beaches. Shaweng Beach is the most famous beach in Samui. The beach is white due to the clear white sand. Or Lamai Beach which is shorter than Shaweng but the water is clearer. It is so clear that you can see what is underneath. Moreover, Samui has many hotels, restaurant, bars and a lot of facilities to make you holiday the best. 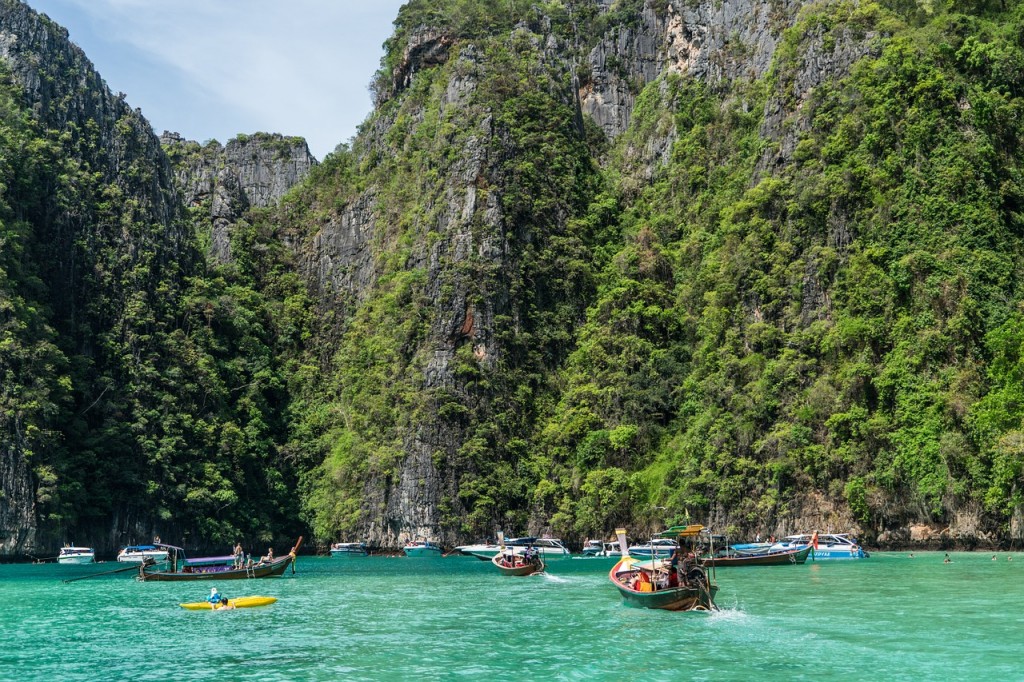 Krabi, another province with fame for its beaches and nature, is located in the south of Thailand. It is very abundant of nature from jungle, mangrove forest to the sea. Most of the areas are mountainous. Krabi is also archeologically important as it has evidence of civilization and paintings in the caves around 27,000-37,000 years ago. The famous spot in Krabi includes Sra Morakot or Emerald Pond in the middle of jungle where the water is the color of emerald, Hot Waterfall or hot spring water which oozes from the earth and flows down like a small waterfall. Another spot is Thale Waek or separated sea which is a natural phenomenon where the sea level drops and the sand dune shows up and connects 3 islands together by white sand dunes and tourists can walk from island to island. Maya Beach and Railay Beach are the most famous as they appear on many iconic Hollywood movies. Railay Beach also has rock climbing activity. 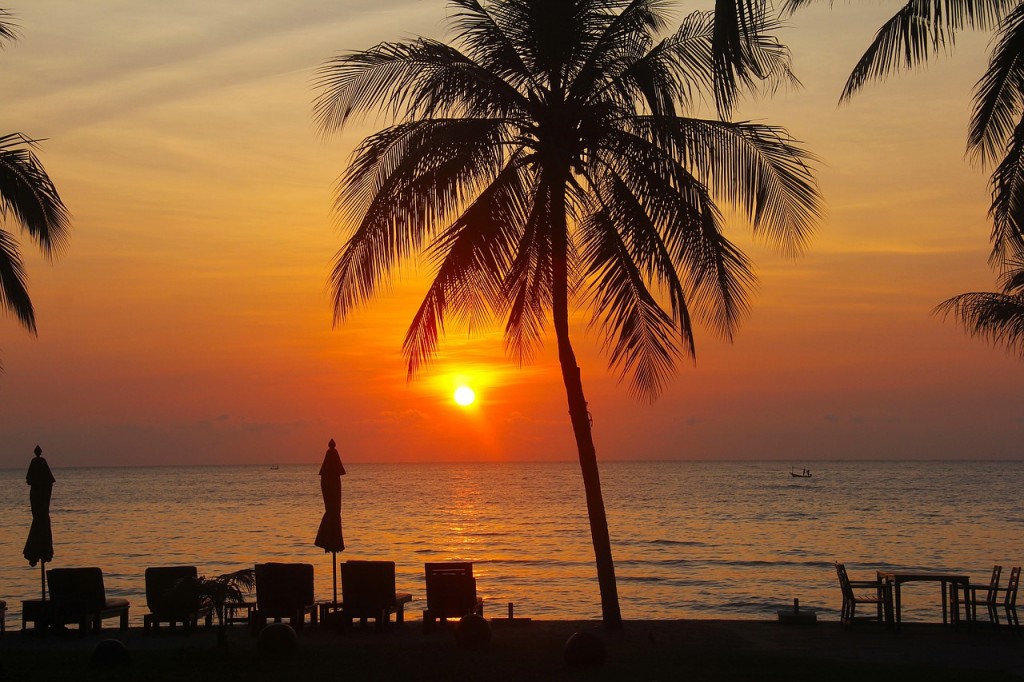 Hua Hin is a small and peaceful resort town located on the stunning Gulf of Thailand. It is in Prachuap Khiri Khan province which is not far from Bangkok so one day trip is possible. This city has been very famous among Thai people for many years since the beloved royal family of Thailand loves to come for a vacation. Hua Hin once was a small fishing village but it has been developing many facilities including hotels and restaurants but it still keeps the old atmosphere. The famous activities when you come to Hau Hin are water sports and sunbathing at Hua Hin Beach. There are also vivid night market, Nightly Street Market and delicious and fresh seafood that you have to try. 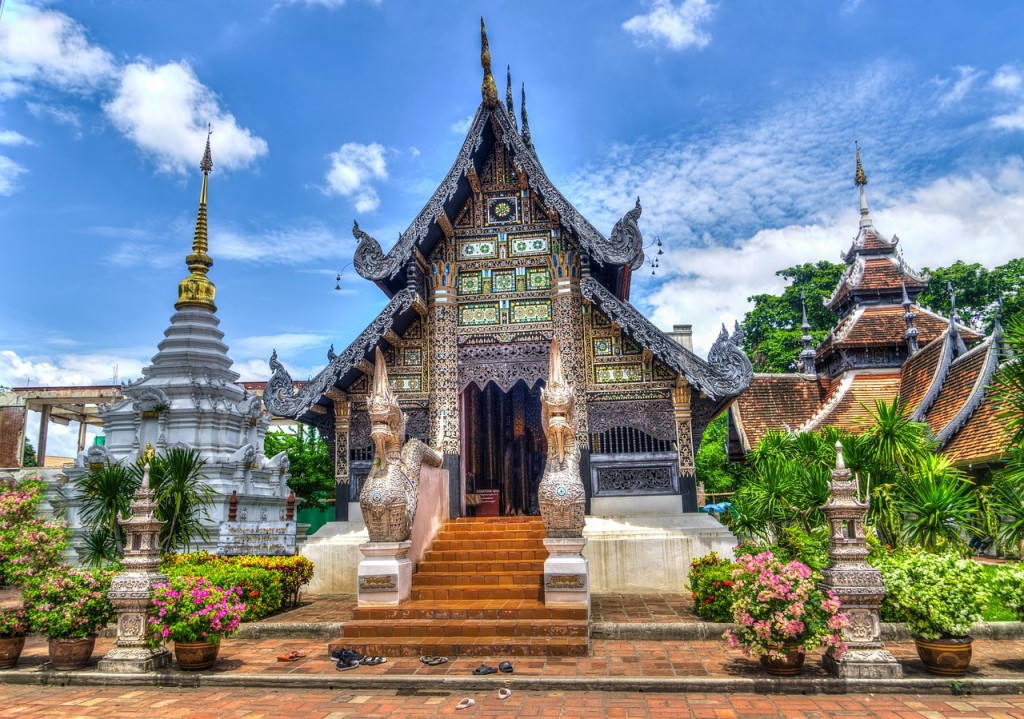 Chiang Mai is the most famous province and city in the northern part of Thailand as it was a capital city of Lanna Empire allowing the city and its people having unique cultures. It was also the capital city and center of Buddhism in the north for more than 700 years. Chiang Mai is mountainous and has the highest peak in Thailand called Doi Inthanon in Doi Inthnon National Park. Chiang Mai is rich in nature. Apart from Doi Inthanon there are also Doi Pa Hom Pok, Doi Ang Khang and Mon Jam Farm. If you like culture and history Chiang Mai has marvelous temples such as the famous Wat Prathat Doi Suthep, Wat Pra Sing, Wat Chedi Luang. Now Chiang Mai has become a city for hipsters and freelancers because of its slow pace of lifestyle and contemporary arts. It attracts young Thais to visit every year. 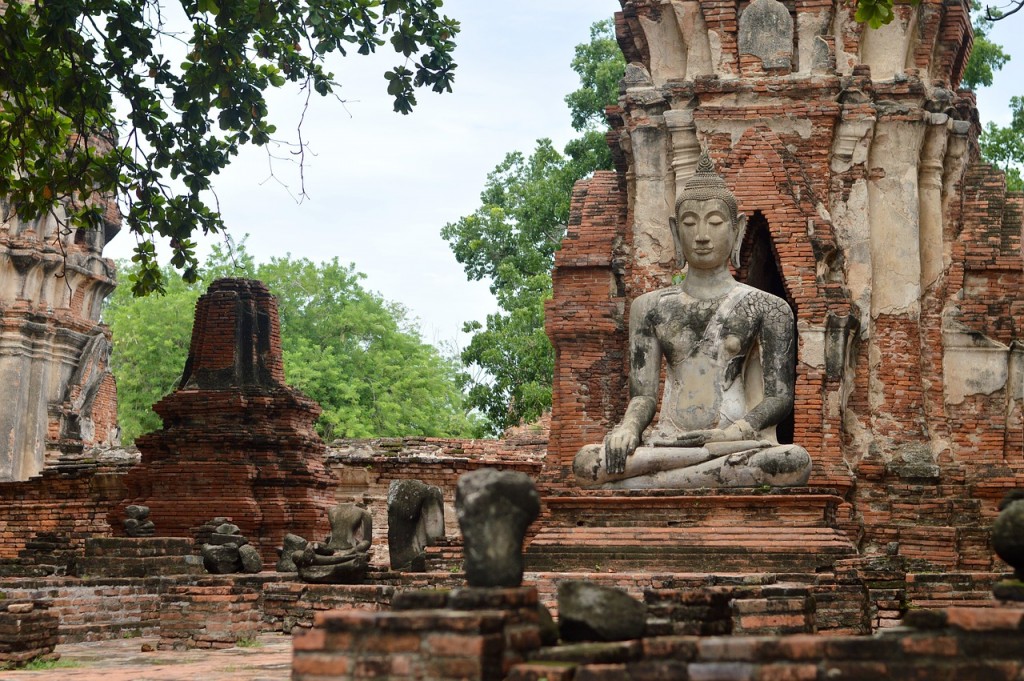 Ayutthaya is the ancient and prosperous capital city of Thailand. It once was a great Kingdom surrounded by three rivers which is the natural fortress. It had been capital city for more than 200 years. The city was very rich since it was a center of international trade. People from Europe, Middle East, India, China and Japan came here for trading goods. Now Ayutthaya is one of the provinces in central of Thailand. Most of the tourist destinations in Ayutthaya are old temples and palaces such as Wat Panan Cheong, Wat Yai Chaimongkol, Wat Maha That and Ayutthaya Historical Park which is registered by UNESCO in 1991. 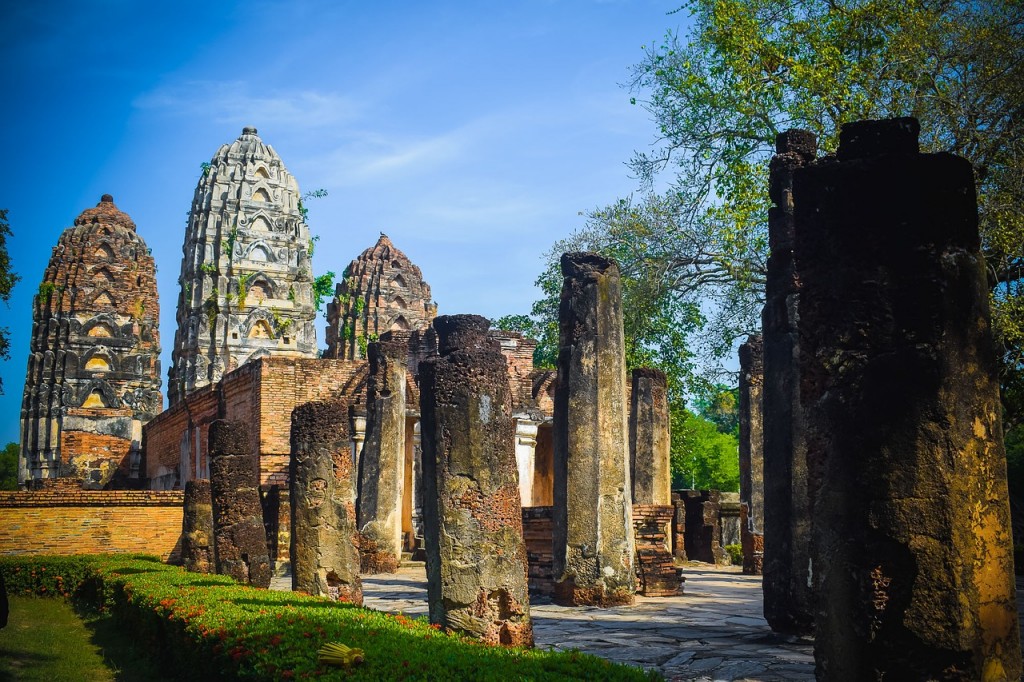 Sukhothai Empire thrived to become the first Thai capital city. Sukhothai which means “The Dawn of Happiness” gets the name from its peaceful era since there were no many wars at the time. Buddhism and arts reached its peak in this period as well as Thai alphabets was invented. Now Sukhothai, like Ayutthaya, is one of the province in central of Thailand. Still, old temples are maintained for education and tourism. Sukhothai and Si Satchanalai Historical Park is the famous spot for history lover. Sukhothai has many abundant nature areas such as nature field called Tung Tammachat, Sairoong Waterfall or Rainbow Waterfall and the famous bat cave or Tam Chao Ram. 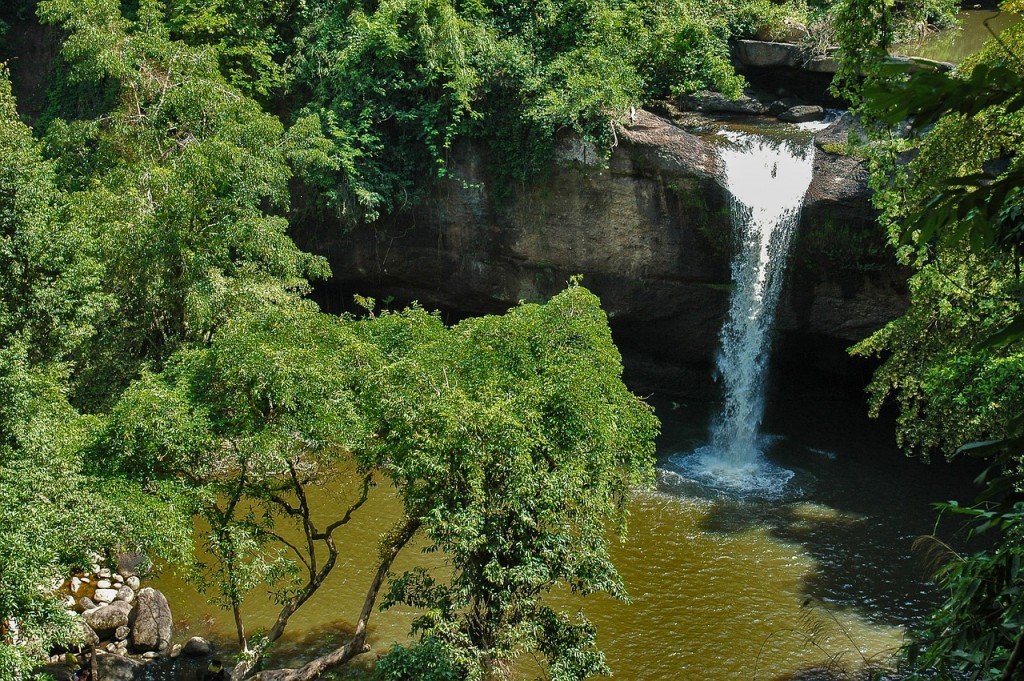 Khao Yai National Park is the first national park of Thailand on Panom Dong Rak Hills. This is a recommended place to visit in Thailand for landscape lovers. It is so vast that it covers 11 sub-districts and 4 provinces in North East of Thailand which are Prachinburi, Nakhon Nayok, Nakhon Ratchasima and Saraburi. The biology in the forest is very rich. There are animals such as elephants, deer and bulls. There are many spots for sightseeing. For example, Haew Narok Waterfall which is the most renowned waterfall, Haew Suwat Waterfall in Nakhon Ratchasima, Sarika and Nangrong Waterfall in Nakhon Nayok. Khao Yai is also known for new generations as a place for annual music festival and many adventure activities such as cycling, trekking and rafting. 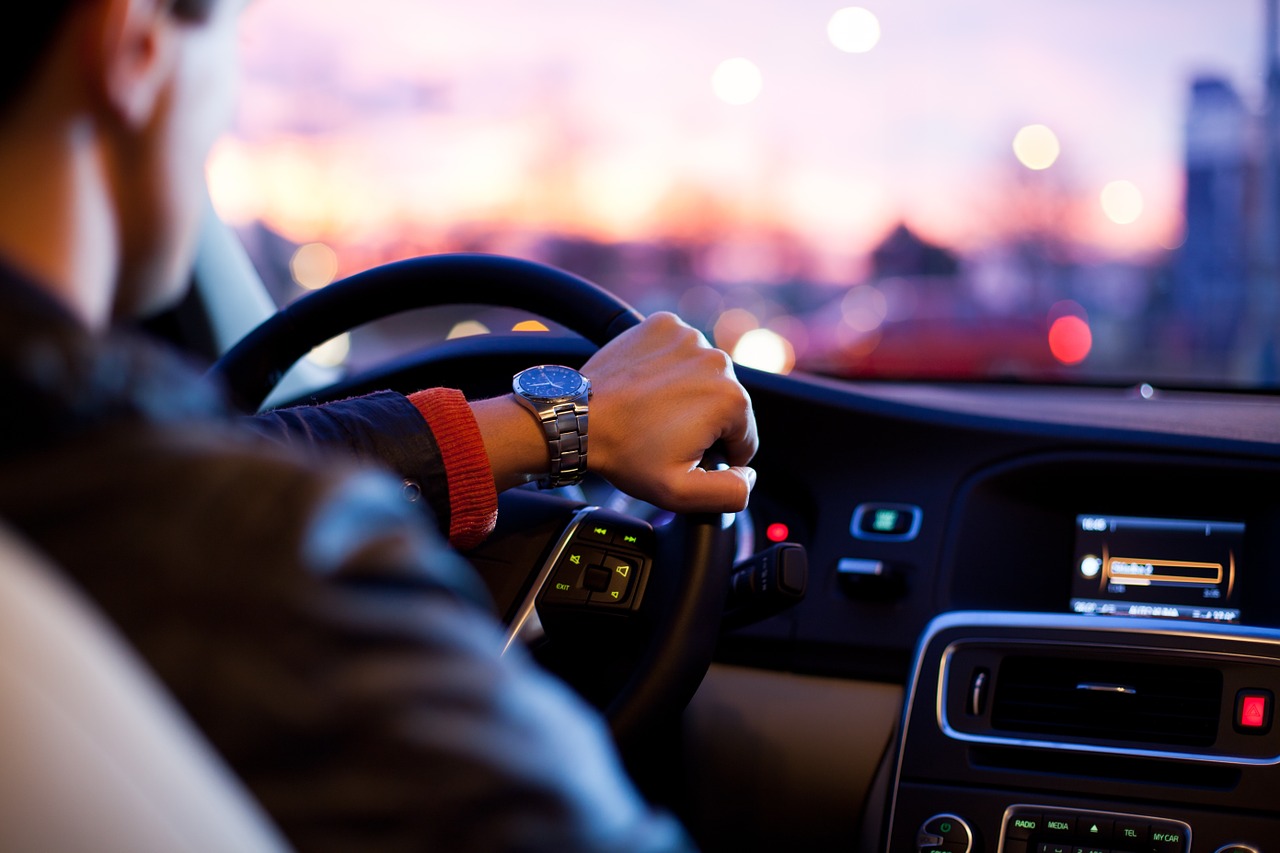 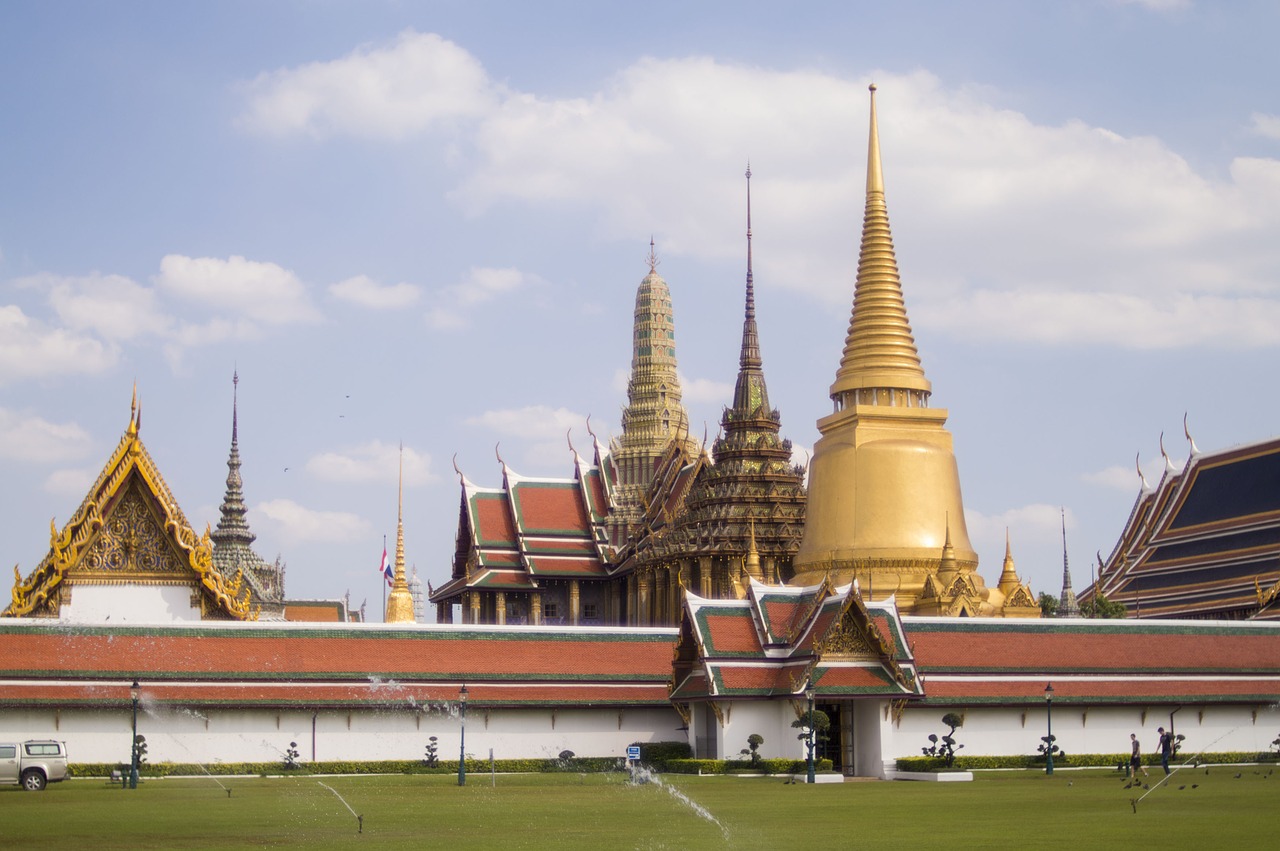 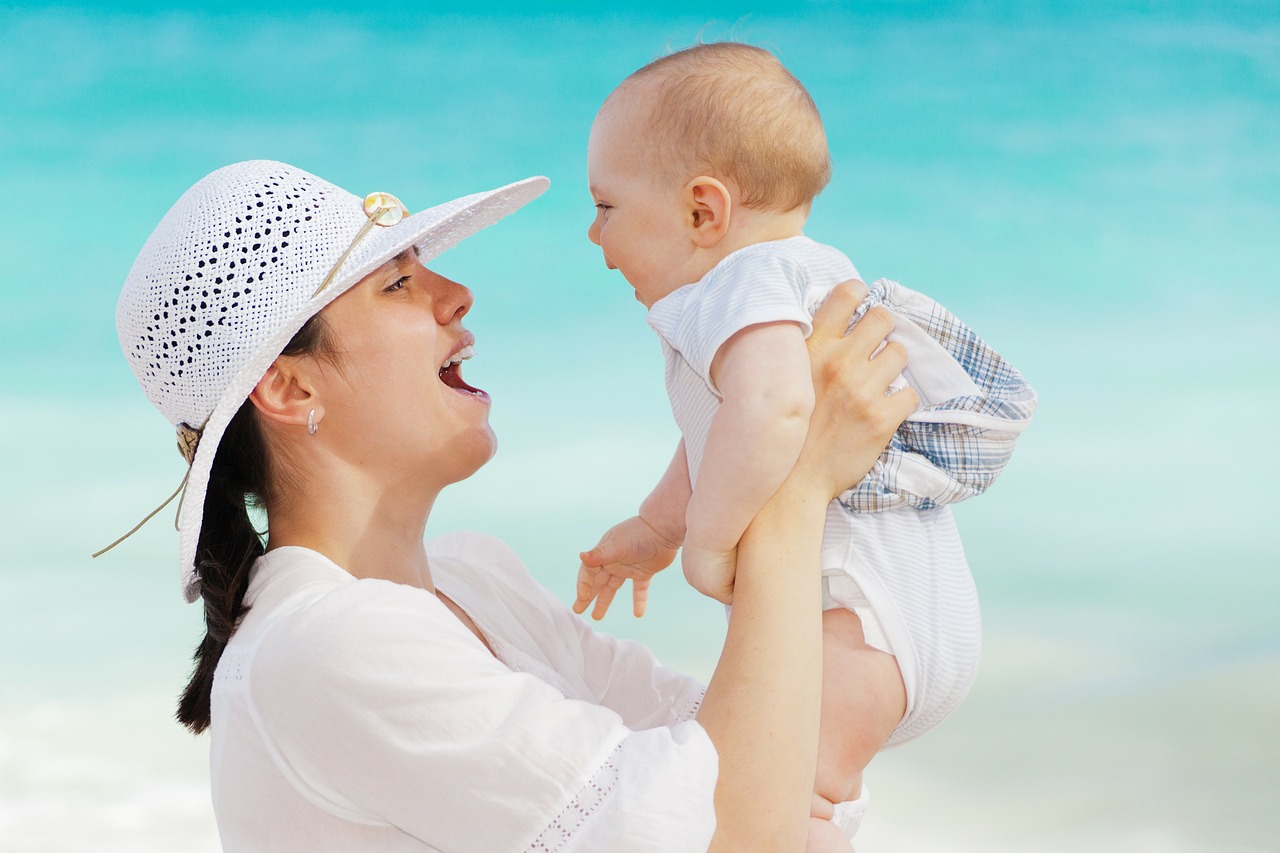 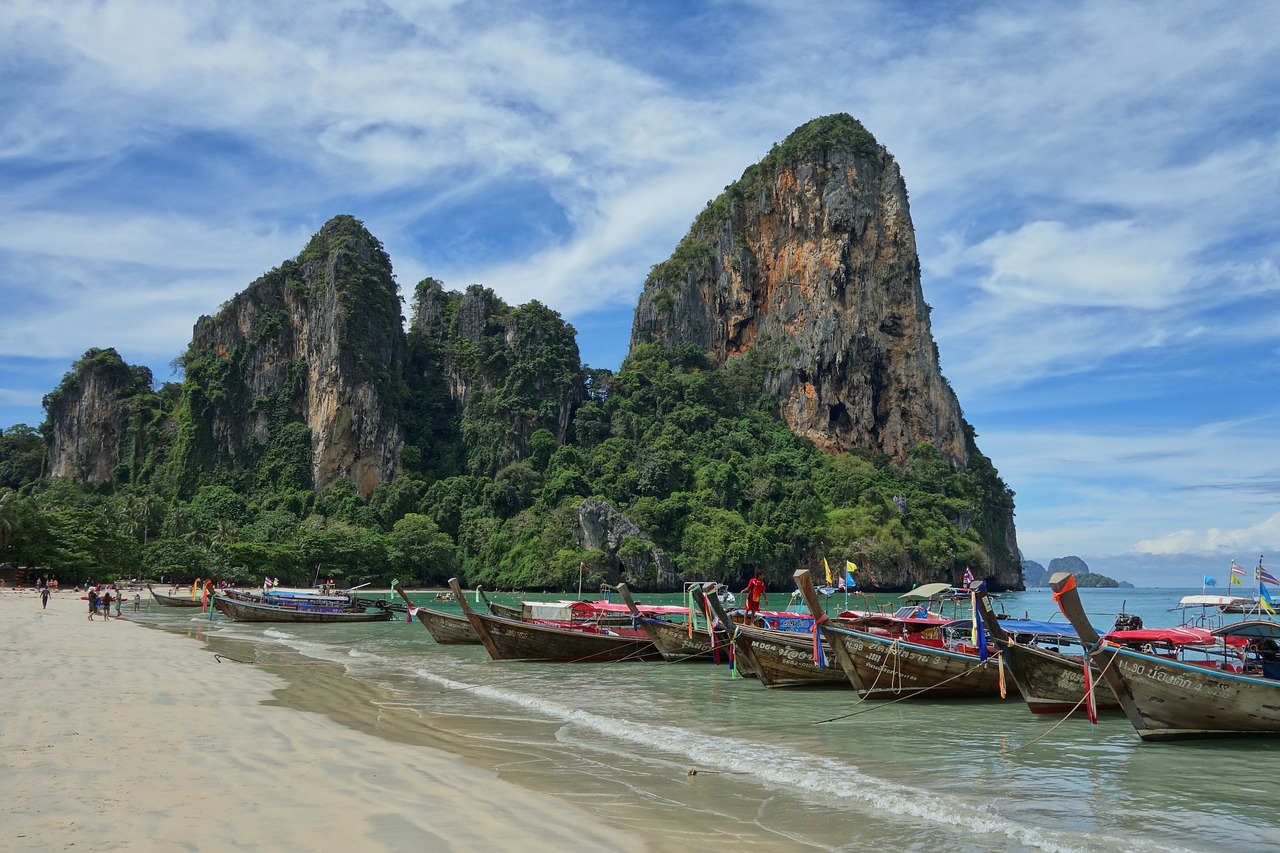 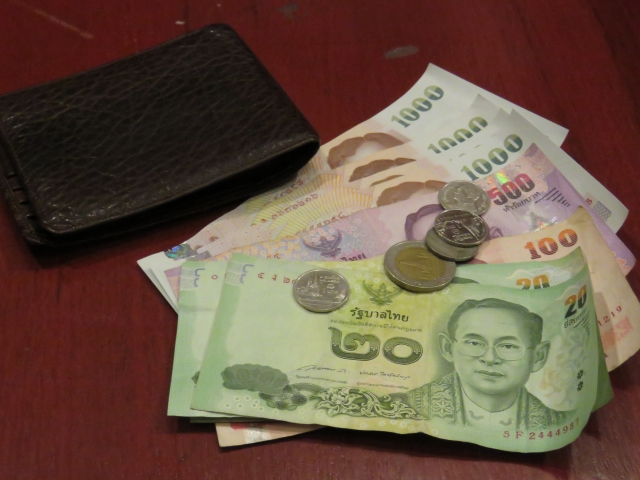